KubeCon has always been one of the most significant events of the year in the cloud native space. Wasm (WebAssembly) had really been a buzzword and caught people’s attention in Kubecon NA 2022 at Detroit.

As the DevRel advocate of WasmEdge, I have been excited to have attended the KubeCon for the first time in my life. In-person meetups have been hard to come by since the raging pandemic and I had been expecting KubeCon for quite some time. I and the WasmEdge team genuinely love and appreciate this opportunity of meeting with everyone and seeing such a vigorous community and flourishing ecosystem. We can’t be grateful enough that the organizers with Linux Foundation and CNCF put so much effort into making this happen. 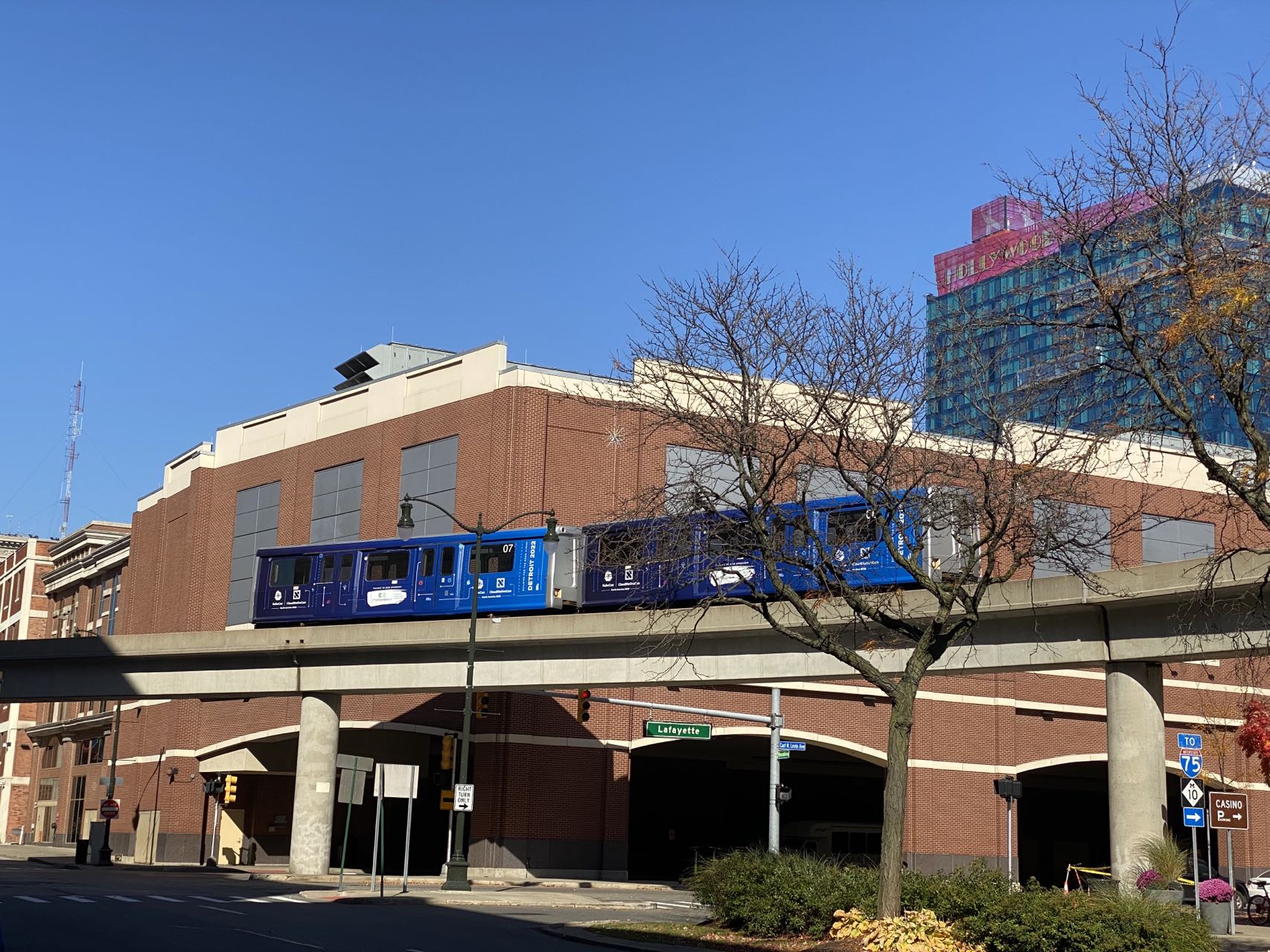 Presentations by the WasmEdge Community

Throughout the 5-day conferences, the WasmEdge community gave 5 talks around WebAssembly (Wasm) developer experience and tooling for cloud-native applications. 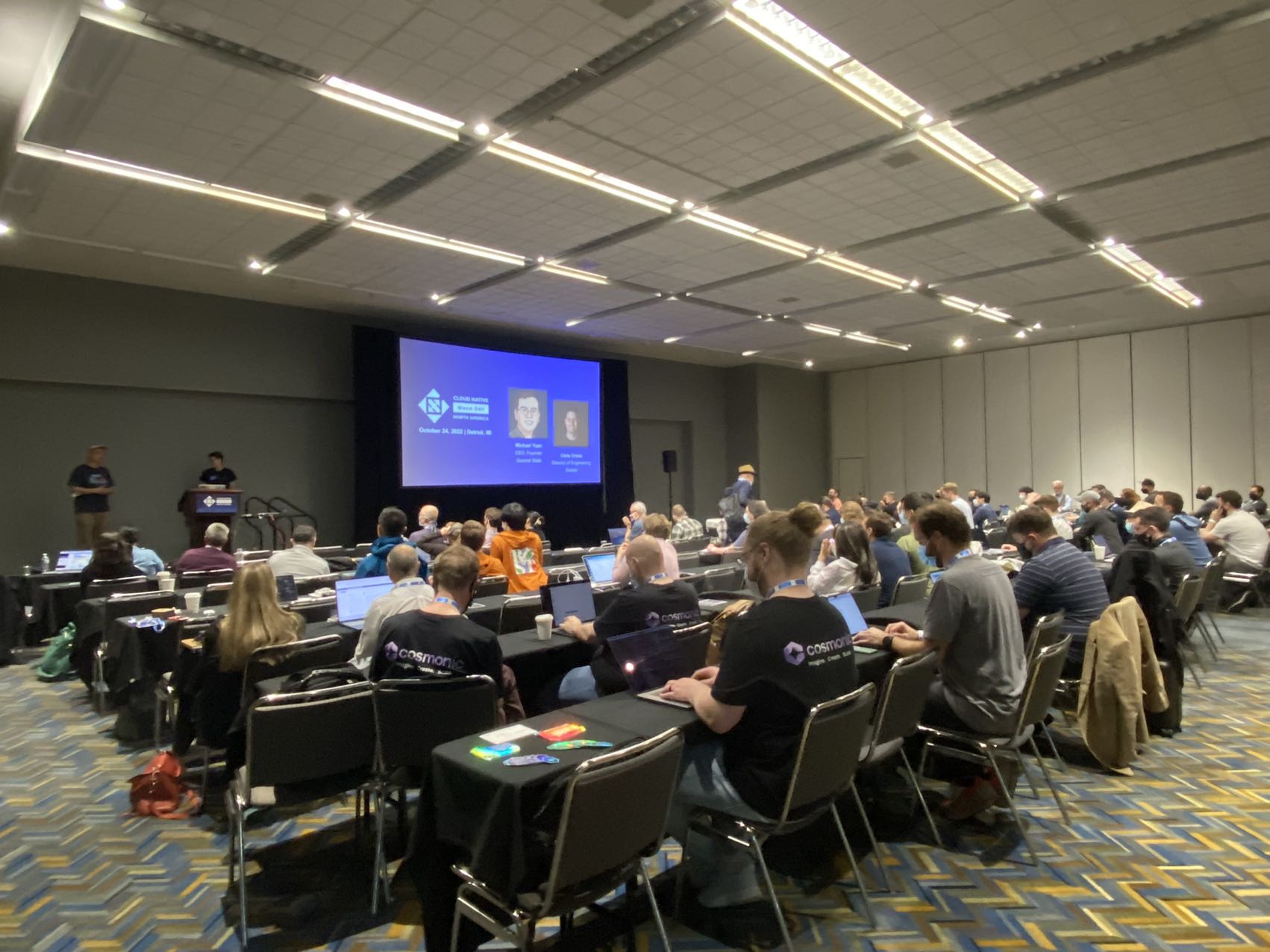 Note: The newest update on Docker+Wasm is that Docker released Docker Desktop 4.15 with WasmEdge support built in on 2nd December. 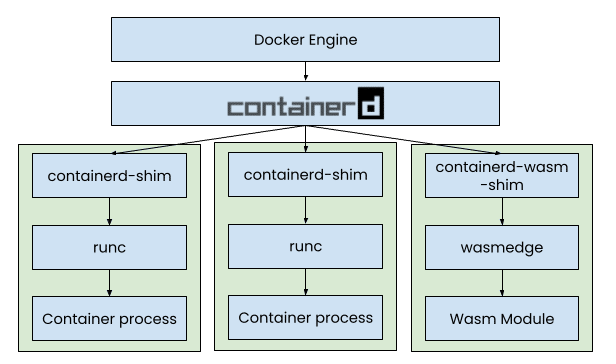 Chris Crone from Docker and Michael Yuan from WasmEdge jointly presented new integrations between the two products. Docker CLI, Docker Desktop, Docker Compose all have built-in support for WasmEdge applications, bringing WebAssembly to over 10 million Docker developers. Developers can build, run, and manage WasmEdge applications the same way they manage containers in the Docker toolchain. WasmEdge and Docker demoed a wasm-based microservices. In this Wasm-based microservices, we had a Hyper-based HTTP server, business logic functions and a MySQL client. They are all written in Rust and compiled into Wasm. 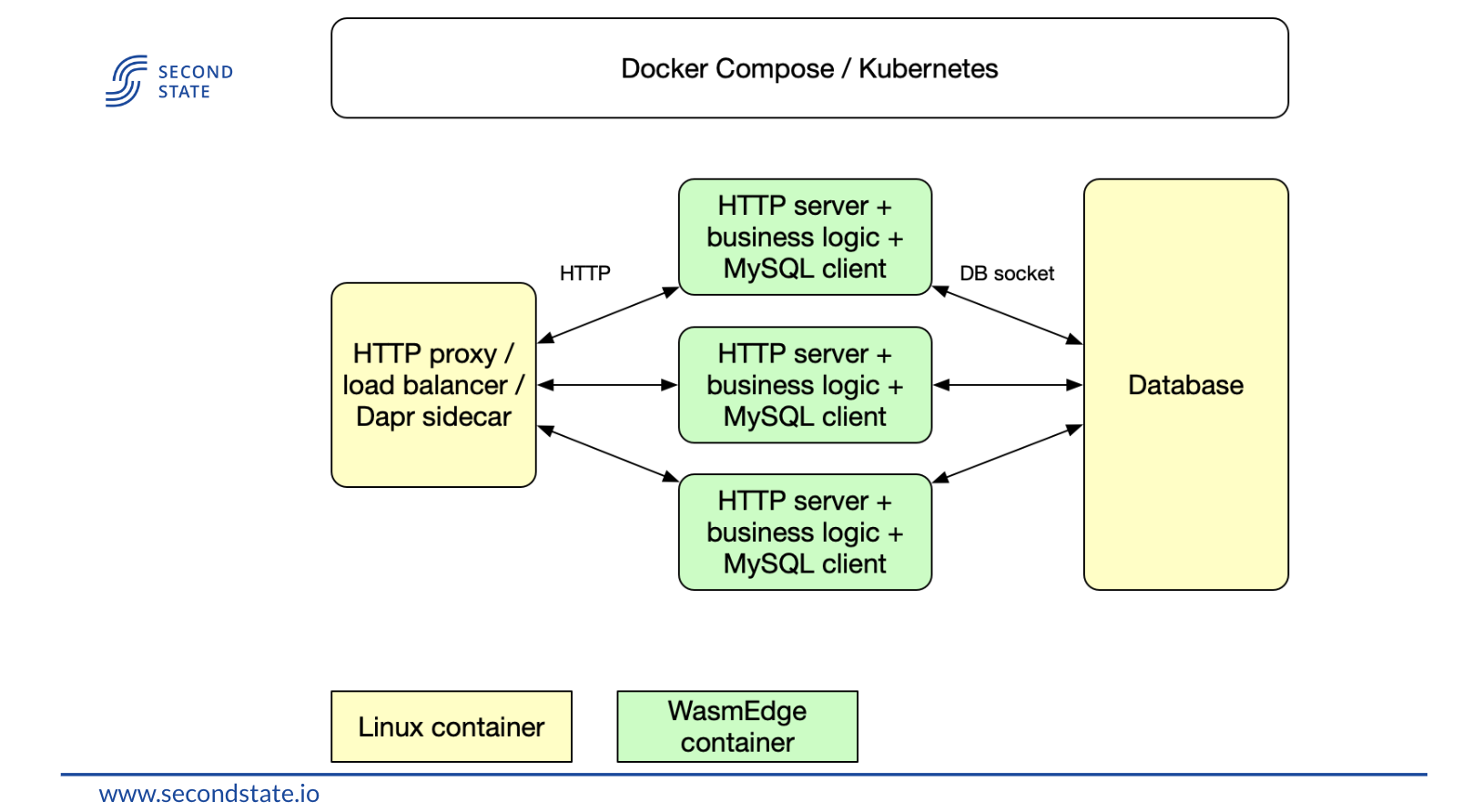 By having Docker manage WasmEdge apps, existing container tooling that Cloud Native developers are familiar with can be used, and the dev ex is fast & efficient. Docker can use WasmEdge as a security sandbox, side by side with Linux containers on the same dev machine or in a deployment cluster.

Watch the recording | See the slides | Source code of the demo|

For more great content on the Cloud Native Wasm day, like talks on the component model, Fermyon Cloud, VMware's PHP support, check out this article!

Rishit Dagli, a dashing first-year college student, and our Indian community Ambassador Shivay Lamba, co-presented at Kubernetes on Edge Day North America 2022. They made a point that impressed me a lot: They explained how one can use the WebAssembly System Interface (WASI) to get security, portability, and native speed for ML models. And made a demo of deploying a Machine learning model as a serverless function using WASM deployed on an edge device. Try the demo out.

At DaprCon, Michael Yuan demoed the the newly launched WebAssembly-based SDK for the Dapr API.

The collaborations between Dapr and WasmEdge to run Dapr-enabled microservices in WasmEdge instead of in Linux containers. Dapr provides sidecar Services for service mesh/ microservices deployments, including service discovery networking, key value Store, secret management etc. WasmEdge builds a WebAssembly-based SDK that allows a WebAssembly application to communicate with the driver sidecar so we don't need Linux container to run WebAssembly, so as to have more flexibilities for driver connector. It's much smaller and faster and you can also run more of them: so instead of one container talking to one sidecar you can have one sidecar talk to 100 different members of the runtimes and scale up and scale down really fast.

I also gave a 5 mins lightning talk about how to run lightweight Dapr microservices in WasmEdge in action at KubeCon.

This talk provides practical advice on when and how to use cloud-native Wasm in your own applications. The WasmEdge team showcased developer tools and partnerships that enable fully-fledged microservices in WebAssembly, as a lightweight and secure alternative to container-based applications. 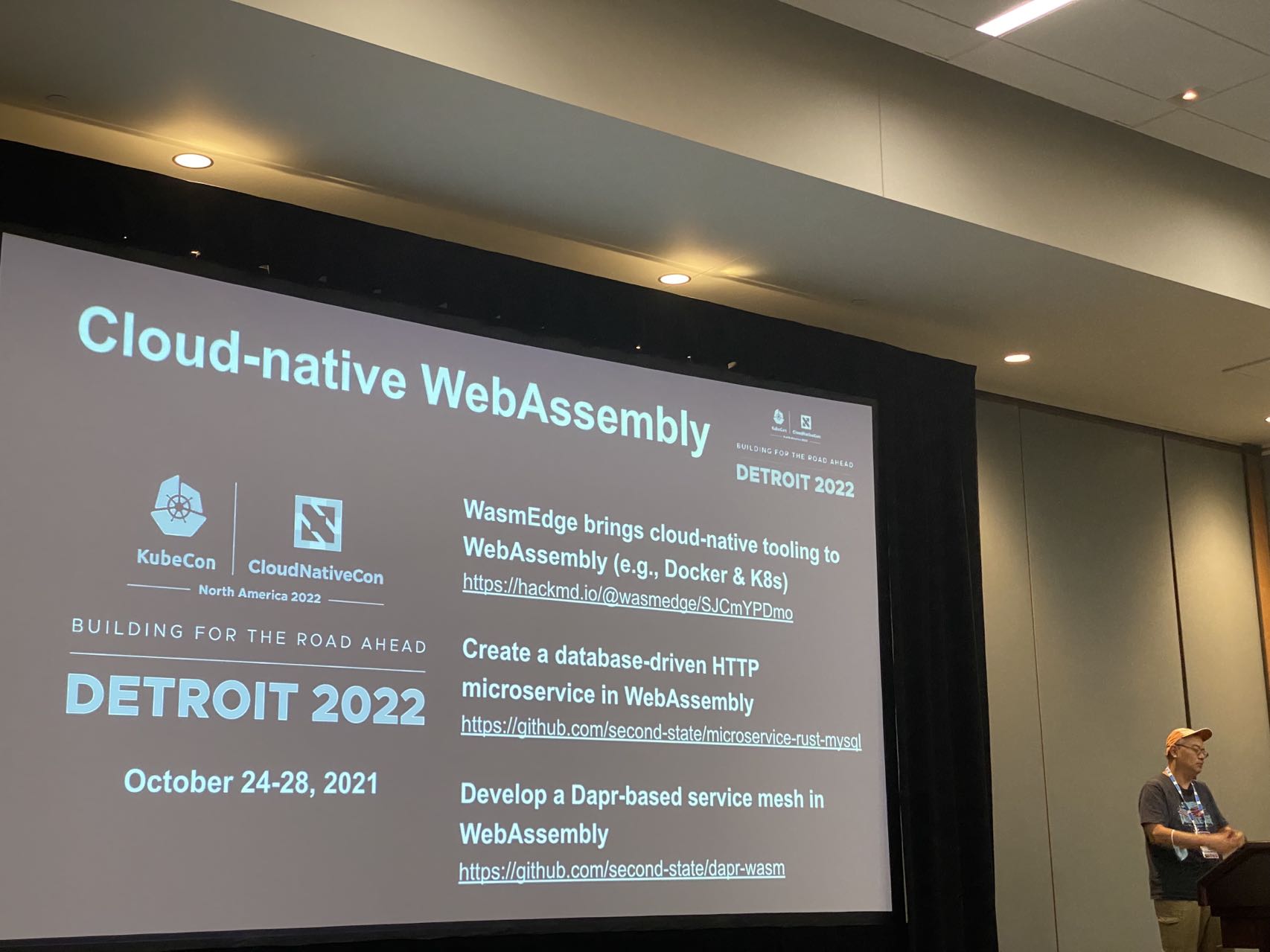 Cool Party by Docker with WasmEdge in the Panel

Wasm is AWESOME. Docker hosted this meetup during KubeCon and CloudNativeCon NA 2022. Michael, as the WasmEdge Maintainer and creator, discussed the potential uses of WebAssembly together with other panelists on how Wasm fits in and empowers Docker's tens of millions of dev users. 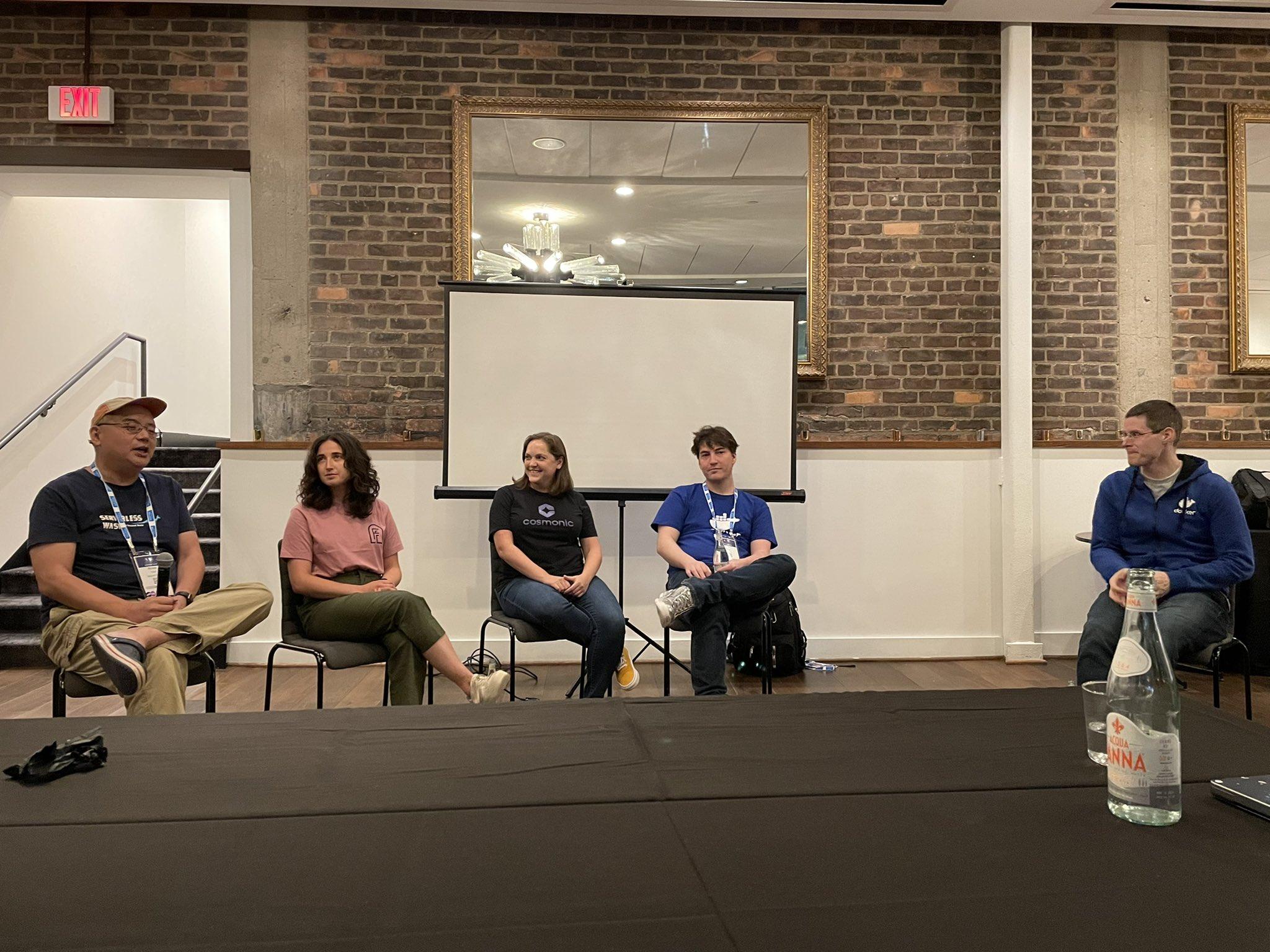 Nigel with tons of followers showed up and wrote educational follow-up blogs to get people started with Docker+Wasm with simple steps.

Try Docker+Wasm out with his easy and highly popular guide with a few steps.

As a CNCF sandbox project, WasmEdge has a booth at Project Pavilion. More and more people are getting interested in WebAssembly. 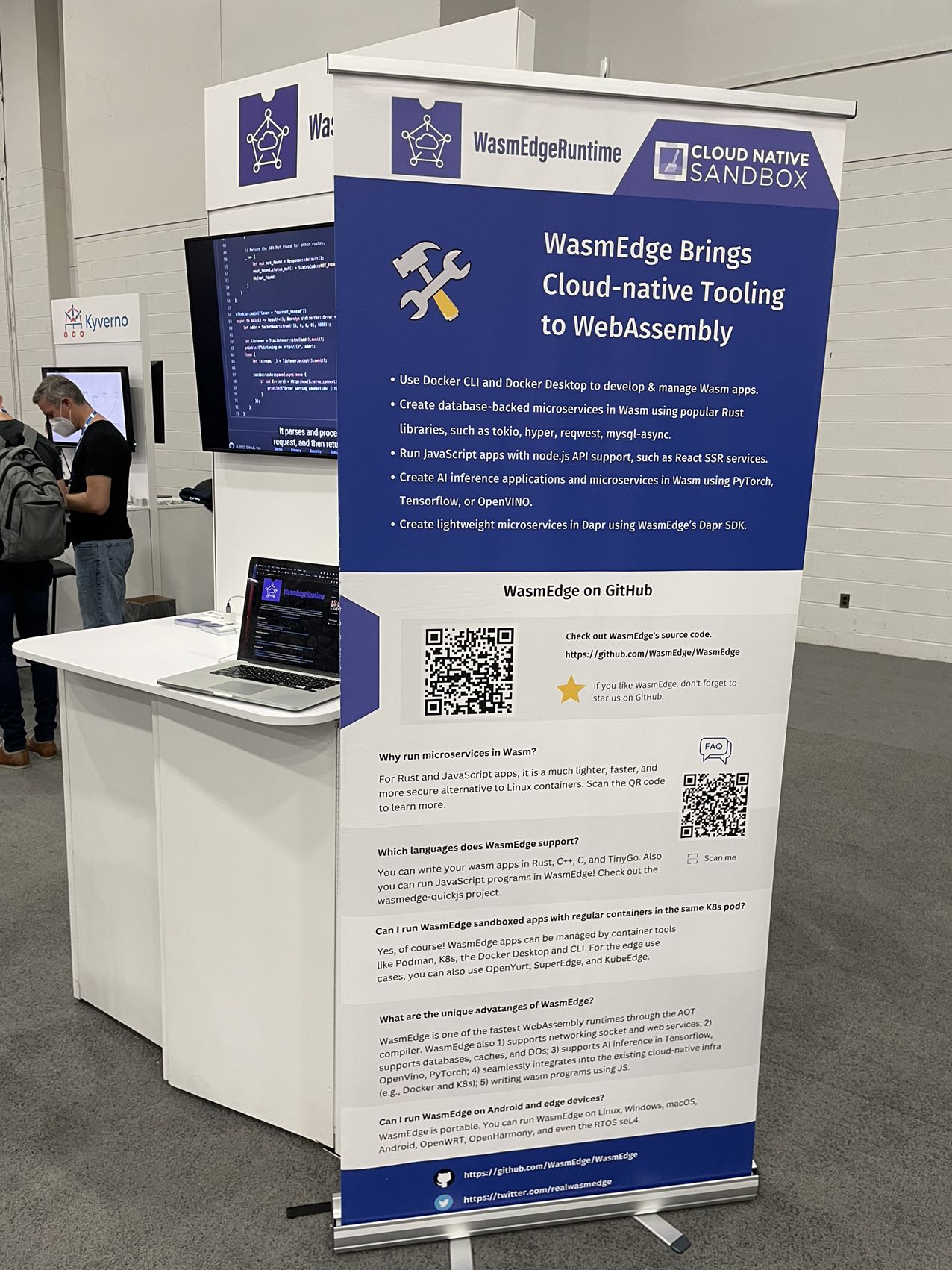 At our booth, Michael got interviewed by KOL and DevRel manager at CivoCloud, Kunal Kushwaha, on the challenges the Wasm community is solving.

To be short, Wasm runtime is a new isolation or container technology with high performance and small size, but without sacrificing security. Wasm is an ideal code execution enivironment under resource-constraint circumstances.

It has been a rewarding and exhilarating experience. Really can not wait to join you guys again at KubeCon Europe next April.

Check us out on GitHub, or join our communities on Discord or Twitter. Your messages always get timely responses.