Getting started with Rust functions in Node.js with VSCode

In this tutorial, I will show you how to experiment with Rust and Node.js development without installing any developer tools software. Why do I want to write Rust functions in Node.js apps? There are several compelling reasosns. Performance, security, portability, and manageability are among the key reasons.

Fork this GitHub repository to get started. In your fork, you can use GitHub's web UI to edit source code files.

VS Codespaces runs entirely in your browser and costs around $1 per work day. It is cheaper than a cup of coffee in the office. Alternatively, in steps 1-2 below, you could use locally installed VSCode and Docker, and launch the IDE with your remote git repository.

Next, create a new codespace. Put your forked repository into the Git Repository field. This step takes a few minutes. But once a codespace is created, subsequent openings only take seconds. 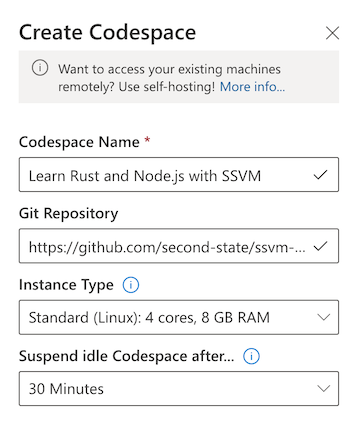 Open the source code files and make changes as you wish! 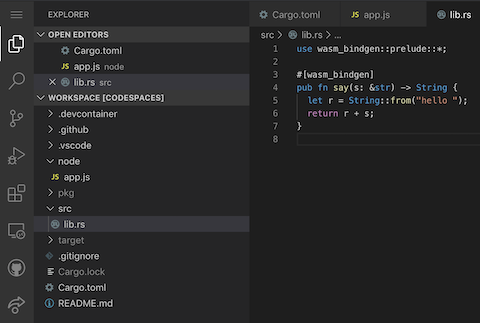 Click on the Run button on the left panel, and then the Launch Program at the top to build and run the application.

The Terminal window at the bottom shows the build progress. It builds the Rust program, and then launches the Node.js app.

The Debug window shows the Node.js server running and waiting for web requests.

Now, open another terminal window in the IDE via the Terminal -> New Terminal menu. 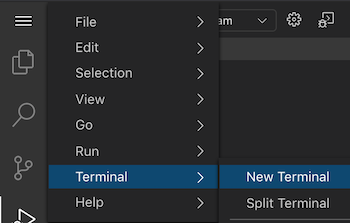 From the terminal window, you can test the local server. 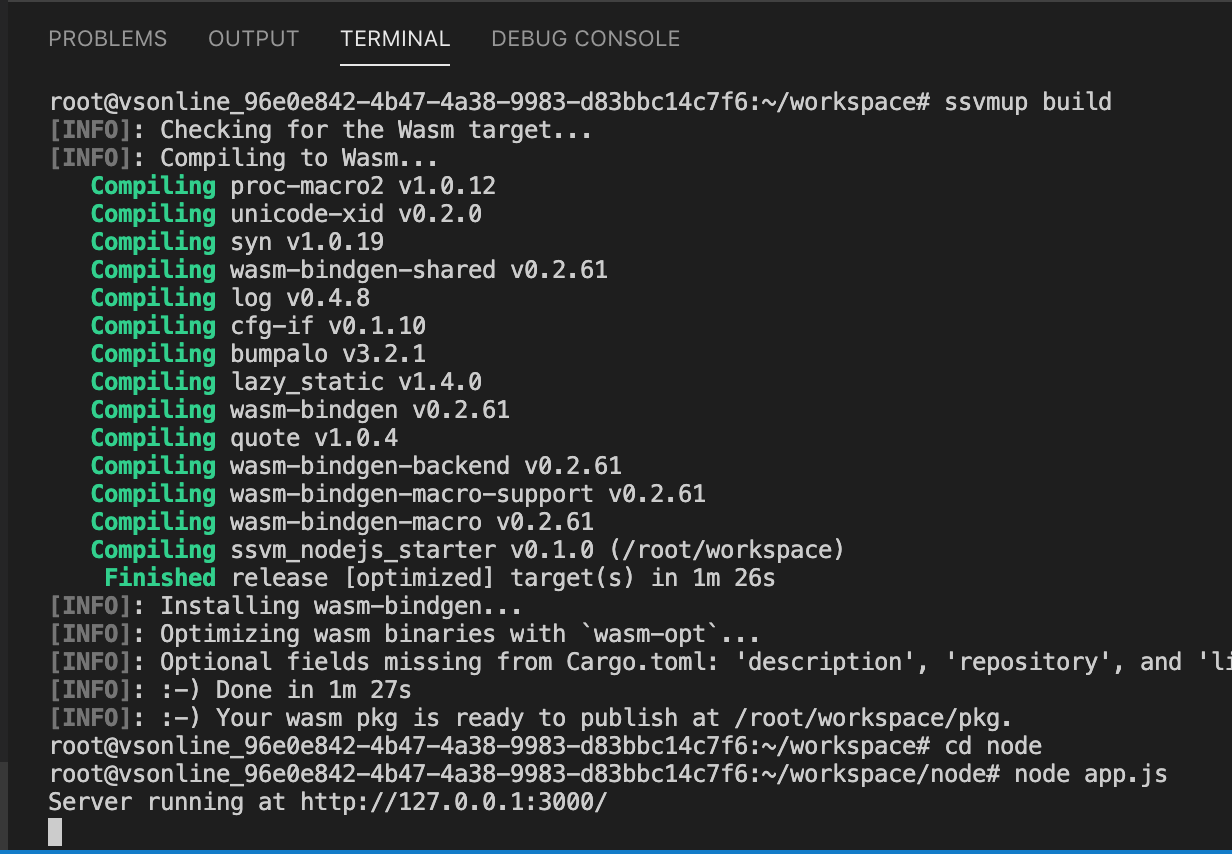 That's it! VSCode has many useful features such as real time error detection and syntax highlighting as you type code, advanced Github integration, and integrations with many many development tools. Next, head over to this guide to learn the Rust and JavaScript code in this example.