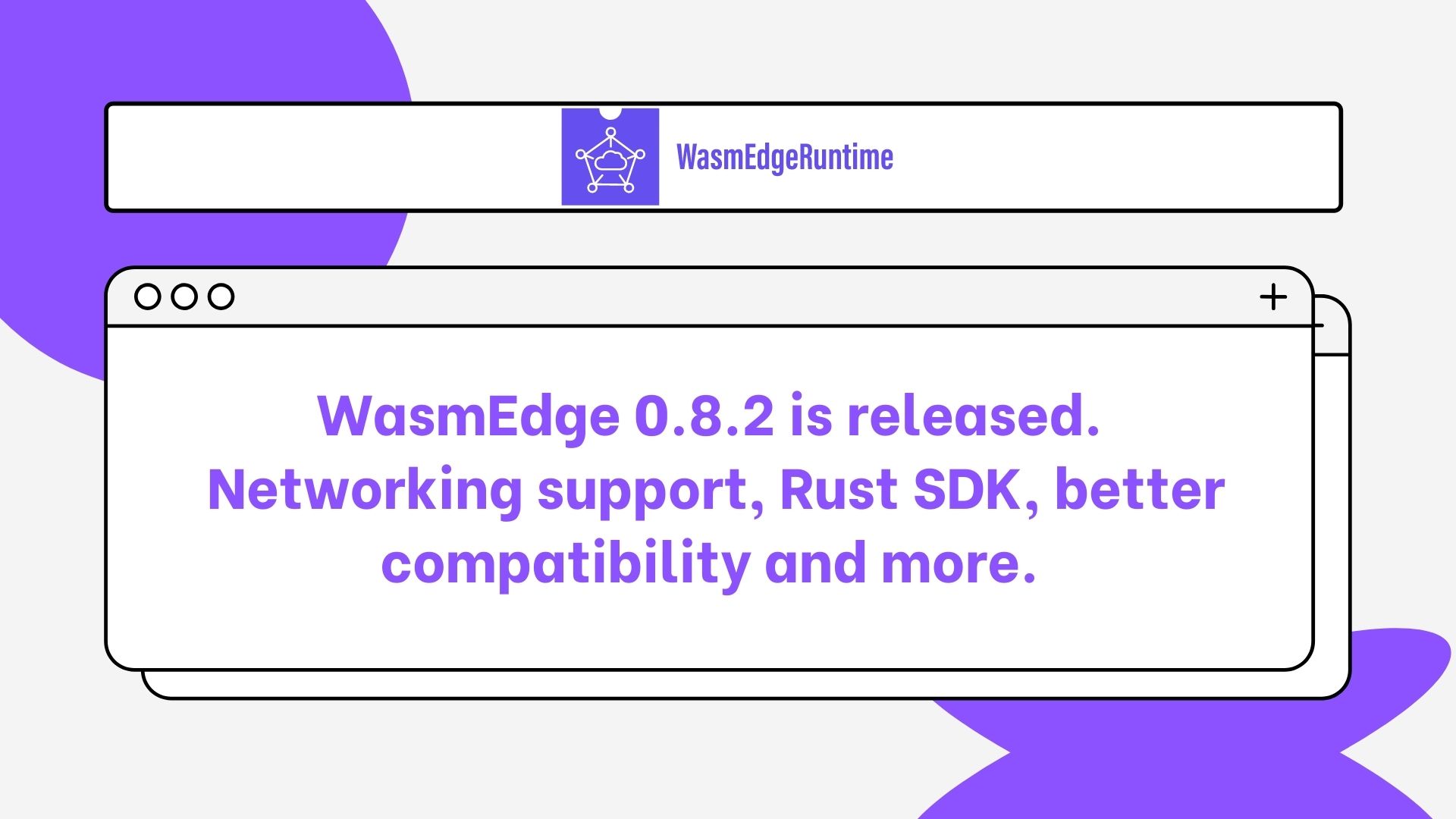 With the manylinux1 build, the WasmEdge Runtime, including its AOT compiler and native extensions, runs on old versions of Linux dated back to 2007. WasmEdge also runs on old devices and SoC boards based on the ARM 32-bit CPUs, which are still commonly used in IoT applications.

Besides Linux, WasmEdge supports Mac OS X, including both Intel and M1-based Macs, and Windows. Those devices are widely used by developers and edge applications. Give it a try from your own laptop!

Going forward, the team is working on supporting real-time OSes, such as seL4, in the coming releases of WasmEdge.

Cloud native applications often need to make network connections. But yet, networking is not supported in the standard WebAssembly specs. The WASI-socket spec aims to add socket-based networking support into WebAssembly, but it is still being debated in the community.

Note, currently the WasmEdge socket API only works on Linux.

A key use case of WasmEdge is to embed it in cloud native environments as a serverless function runtime. That requires developers to launch WasmEdge from a host application through an API.

For an example, please check out the dapr-wasm repo. It uses the WasmEdge Golang and Rust APIs to implement sidecar applications in a cloud native service mesh.

As a result, the generic binary may lose about 20% in raw performance but achieves much better compatibility across a whole class of CPUs (eg to generate binaries that work across all x86 CPUs).

Example use cases of --generic-binary include running WasmEdge on serverless platforms such as AWS Lambda, Tencent Cloud, Vercel, and Netlify. In order to reduce startup time to milliseconds on those platforms, we configure WasmEdge to AOT compile its application at deployment time. We cannot pre-determine the exact generation and model of the CPU at runtime. The generic binary option balances the performance of AOT with the portability of the WebAssembly application.

Proxy-wasm is a specification to embed the WebAssembly runtime in API proxies. It allows WebAssembly functions to programmatically route API traffic in a service mesh network. The proxy-wasm standard is supported by Envoy, Istio Proxy, and MOSN. With WasmEdge 0.8.2, the community has provided a host implementation for proxy-wasm. WasmEdge can now be used as a high performance extension for Envoy and MOSN.

To learn more about the WasmEdge 0.8.2 release, check out our changelog! WasmEdge 0.8.2 is a significant step toward a cloud native WebAssembly ecosystem. Join us in this revolution!

Last but not least, WasmEdge is participating in the CNCF LFX Mentorship program this year (fall 2021). We’d like to thank the 100+ applicants for our projects from around the world. We look forward to contributions from our interns.